What separates Great HR Leaders from the rest? Well this month I wanted to share with you an article from Harvard Business Review Magazine published first on 17th August 2015 by Jack Zeneger & Joseph Folkman.

HR seems to have become every manager and employee’s favorite corporate punching bag, vying with IT for the dubious title of most-irritating function. We have seen a parade of articles recently calling for HR to be blown up, split in two, or at the very least, redesigned.

Perhaps this is a good moment to evaluate what it is we really want from our HR leaders—and what we don’t. Over the last five years, Zenger Folkman has collected 360-degree feedback data on 2,187 HR leaders. These leaders are spread across hundreds of different organizations with 68% of those leaders located in the US, 11% in Asia, 8% in Europe, 7% in Latin America, 4% in Canada, and 1% in Africa. Comparing assessments of leaders in the HR function with those of leaders in other functions, our data suggest that the typical HR leader is seen as six percentile points below average.

We analyzed the data in two different ways. First, we contrasted the results for the 2,187 HR leaders in our dataset with those of 29,026 leaders in other functions. We were able to identify a few key skills that were common strengths of those in HR and some that appeared fairly frequently as weaknesses. Second, we rank-ordered 49 leadership behaviors for all those in HR from the most negative to the most positive behaviors. 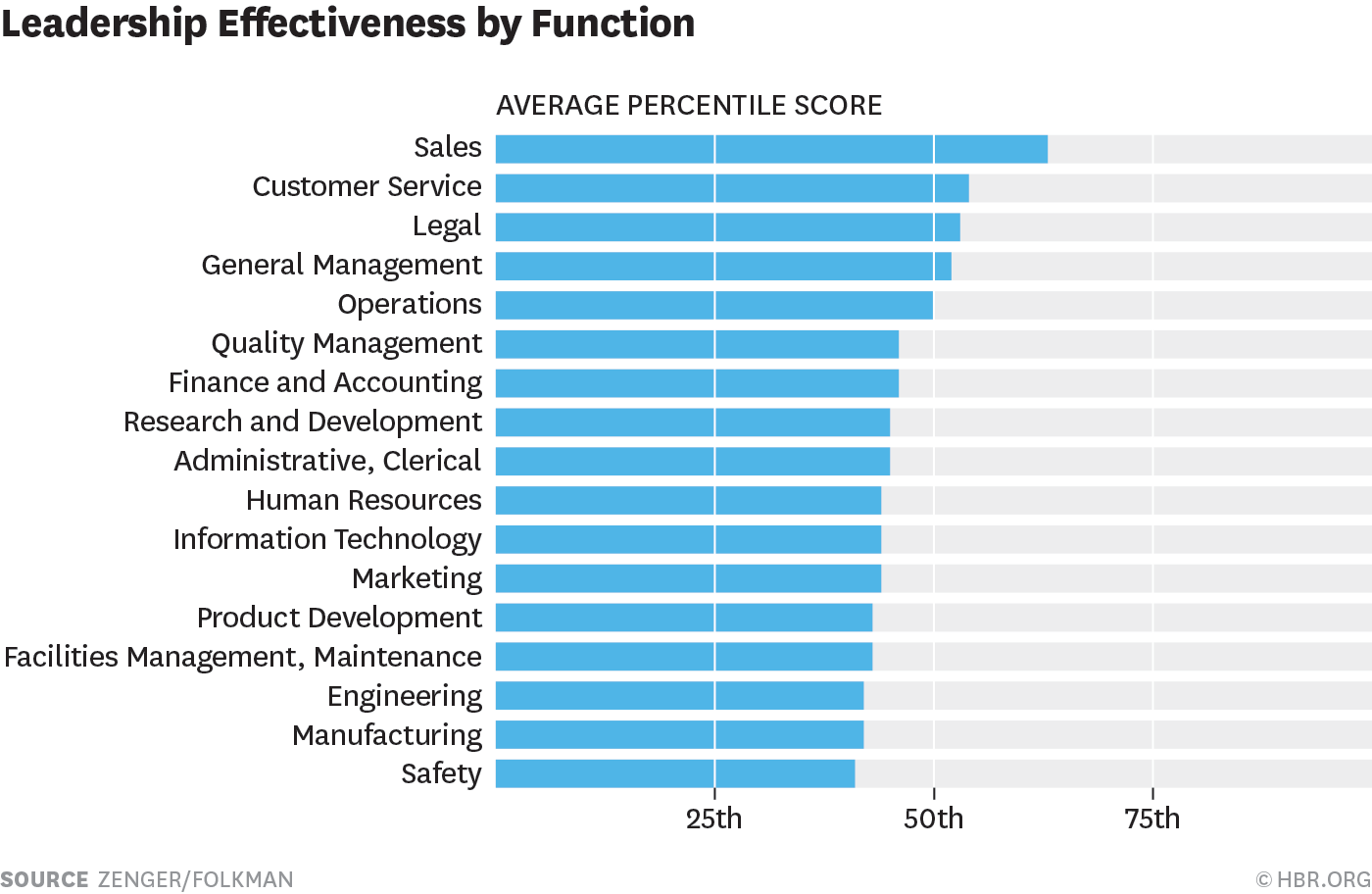 Paul is the Only executive coach accredited to deliver ECR360 Leadership Development in Northern Ireland.

Developing and coaching others. One of the most positive areas for HR leaders in general was that they were truly concerned about developing others. This set them apart from leaders in other functions, who did not score highly on this skill. They were also rated positively on providing coaching, acting as a mentor, and giving feedback in a helpful way.

9. Communicates powerfully and broadly
10. Inspires and motivates others
11. Builds relationships
12. Develops others
13. Collaborates and fosters teamwork

14. Develops strategic perspective
15. Champions change
16. Connects the group to the outside world

But is this skill valued by HR leaders’ colleagues? We asked raters to indicate the importance of each competency we measured, and they rated this skill eleventh of 16 for HR leaders. Perhaps the message here is, “We know you do this well already” or even “This is just table-stakes.” Or, it could be that developing others takes a back seat to other competencies that are highly valued by the other functional leaders.

Building positive relationships. This was another skill where HR scored much more highly than other functions. That makes sense; in most organizations HR is responsible for diversity and inclusion initiatives and for labor relations. HR leaders were rated well on being able to “balance results with a concern for the needs of others.” Another of their more positive items was being trusted and staying in touch with the issues and concerns of others. This competency was also more valued by our raters, who chose it as third in importance.

Role modeling. Some of the most positively rated items for HR leaders focus on their willingness to “walk the talk,” to be role models and to honor commitments and promises. HR leaders are frequently put into the position of ensuring that others in the organization do the right thing and follow established procedures. For those in the HR function, this competency is rated as second in importance. It’s also a skill that seems to be fairly common across all functions.

Having functional knowledge and expertise. Many HR leaders were rated positively on their functional knowledge and expertise. Most employees in organizations are unaware of labor laws, hiring rules, benefits and compensation issues. HR leaders were viewed as knowledgeable and helpful in these areas. This was another common skill across functions, and was rated as ninth in importance for HR leaders.

Focusing internally rather than externally. When comparing HR leaders to all other leaders in our database, they were rated significantly more negatively on their ability to understand the needs and concerns of customers. In many ways the function of HR is focused on internal problems, but the lack of understanding of the external environment often caused others to view some HR leaders as not in touch with the issues facing the organization. HR leaders were also rated more negatively on their ability to represent the organization to key groups.

Lacking strategic perspective. In general, HR leaders were rated significantly less positively on their ability to have a clear perspective between the big picture strategy and the details. Many were viewed as so focused on the “day-to-day” work that they lost perspective on the longer term broader business issues. HR leaders often complain that they “want a seat at the table” to engage more fully with other executives, but without clear strategy and focus they will never have that seat.

Resisting stretch goals. On a number of occasions we have watched as senior executives ask for a program or process to be rolled out quickly only to have HR respond, “It takes more time than that—we need to slow the process down.” While at times that is necessary advice, too often it is the first response given by HR without considering what could be done to speed the process and move quickly.

What the Best HR Leaders Do

We also found in our database that some of the best leaders in the world were part of the HR function. The graph below shows the four competencies that most consistently separate the top quartile leaders from the other HR leaders. It is worth noting that what separated the best HR leaders from the rest was their performance on the key competencies that were often weaknesses in HR, in addition to performing extremely well on HR’s traditional strengths.

If more HR leaders would add these four important competencies to their skill sets, we would see many more sitting at the table; and an increasing number seated at the head of the table.

Jack Zenger is the CEO of Zenger/Folkman, a leadership development consultancy. He is a co-author of the October 2011 HBR article Making Yourself Indispensable.Connect with Jack at twitter.com/jhzenger.

Joseph Folkman is the president of Zenger/Folkman, a leadership development consultancy. He is a co-author of the October 2011 HBR article “Making Yourself Indispensable. Connect with Joe attwitter.com/joefolkman.

Article shared by Paul Fieldhouse of Hyperion Growth; If you would like your emotional capital measure then contact Paul on 07545 251095 or paul@hyperiongrowth.com.

Paul is the Only executive coach accredited to deliver ECR360 Leadership Development in Northern Ireland.

Ouch! There was a server error.
Retry »